The four kinds of media 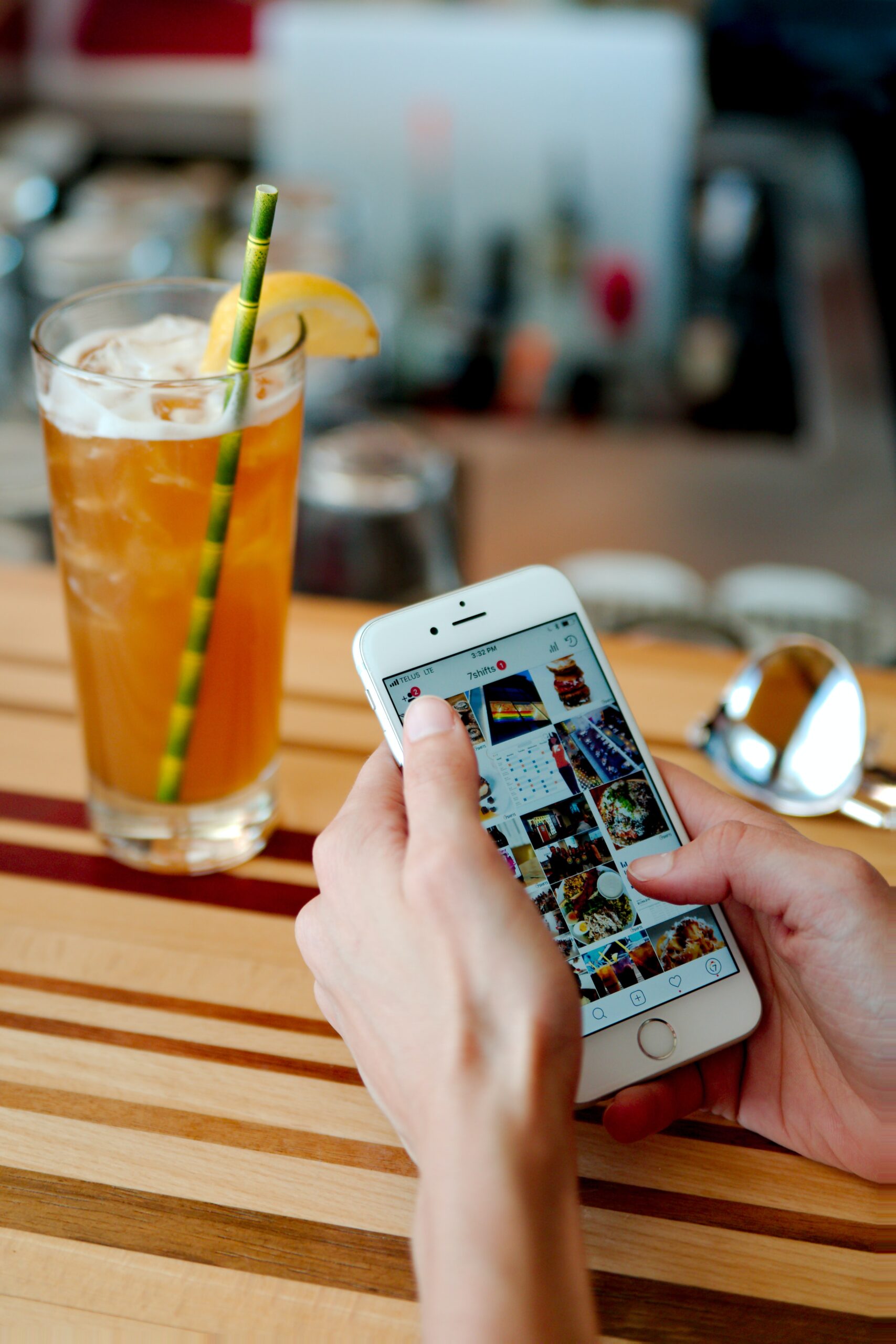 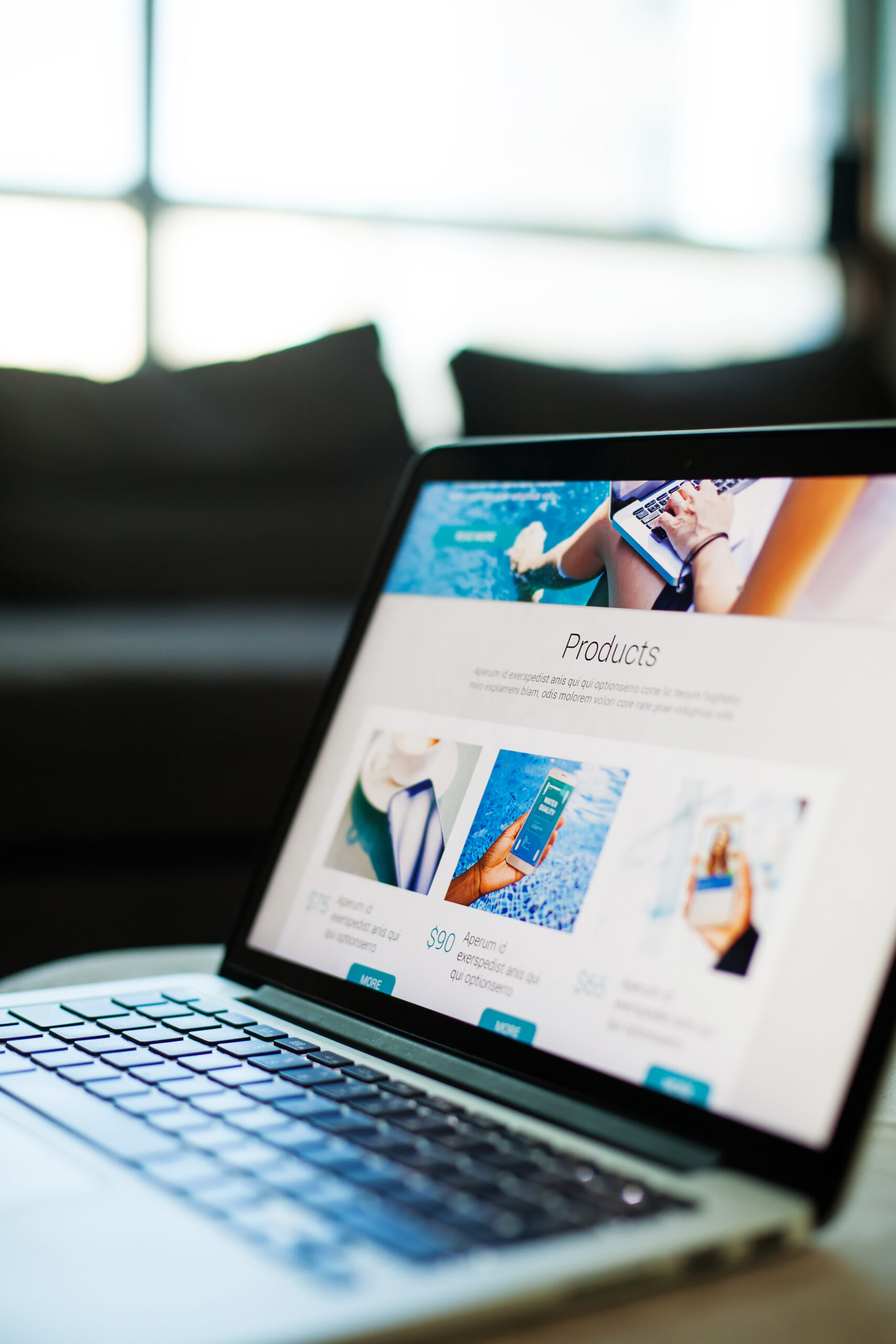 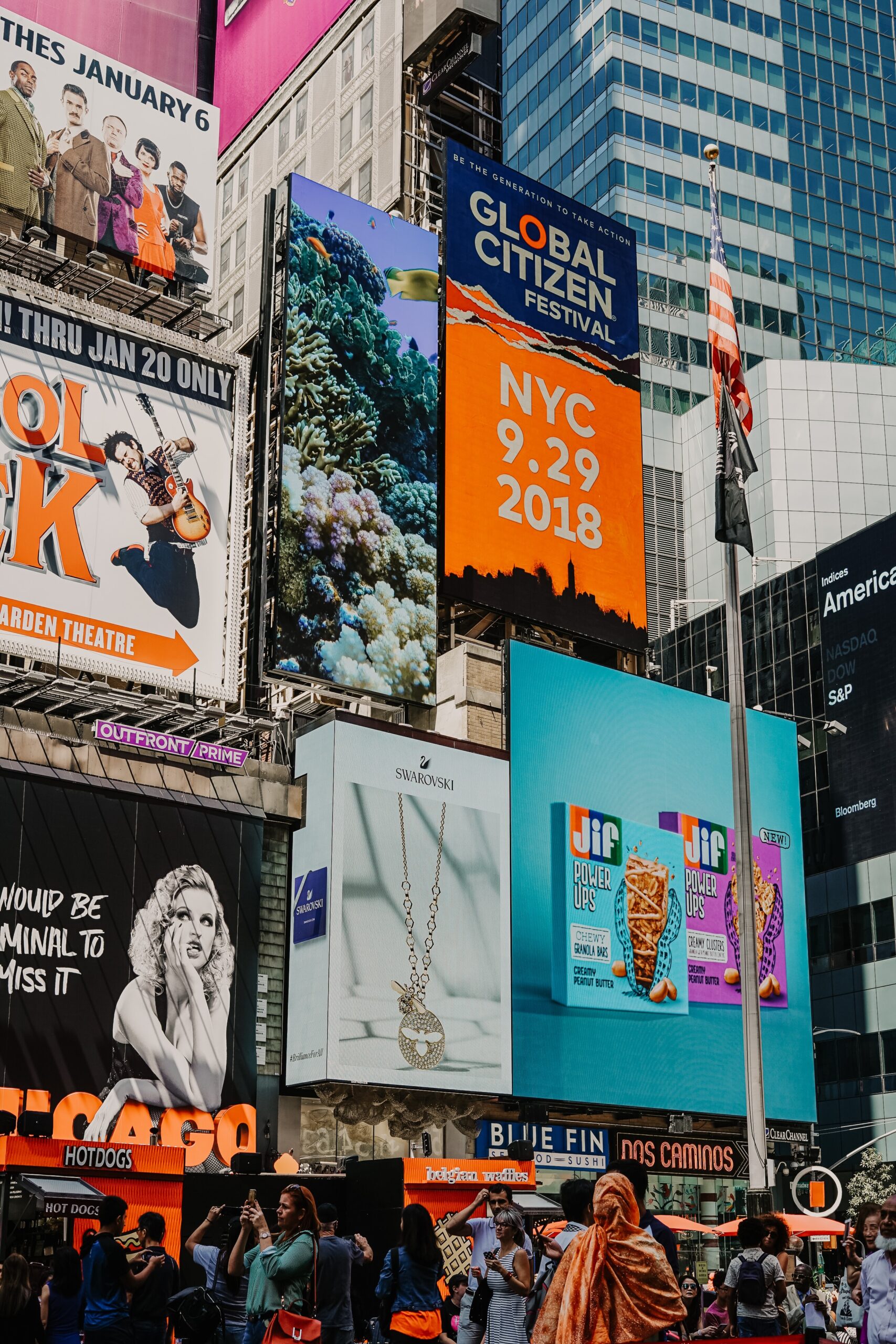 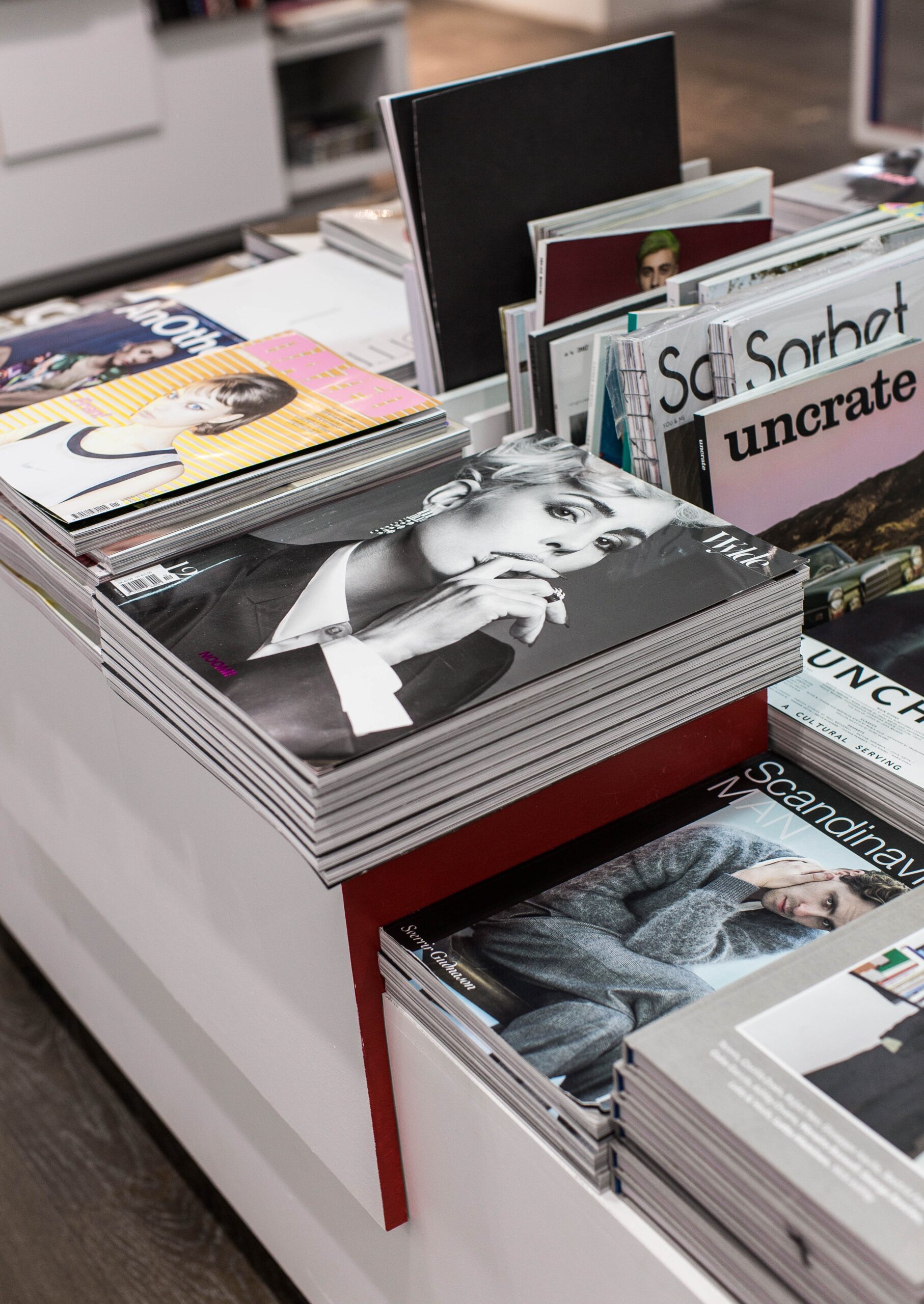 There are so many different types of media today that it becomes easy to confuse them all. However, in the PR industry, media is everything; and as it keeps on growing, professionals need to recognize the fine lines between these media types to ensure they are correctly using each channel effectively for their clients.

Gini Dietrich from Spin Sucks developed the PESO model in 2014 for that very reason. The PESO model differentiates paid, earned, shared, and owned media. Not only is it easy for clients to understand, but it developed a new way for PR professionals to organize their work and integrate each media into every campaign.

Let’s dive into each:

1. paid media: Do you ever log into Facebook and see an ad for something you just Googled? That type of social media ad or sponsored post is considered paid media. In other words, paid media is placing money behind a post or message in order to maximize its distribution.

2. earned media: This is your typical PR and media relations. It’s when a company or product gets written about in a newspaper, magazine, blog, or other credible sources. It’s coverage that was earned organically without monetary support.

3. shared media: To put it simply: social media. A brand will share something on their platforms in hopes of getting high engagement, exposure, likes/comments, and other digital word-of-mouth. Once a post is published, the brand/company doesn’t have much control over how others will engage with it.

4. owned media: On the other hand, companies have total control over their owned media platforms. This includes websites, blogs, and any other content produced by a particular business for use on its own platforms (i.e. graphic designs, captions, pictures).

Though these four types of media are all separate and should be treated as such, they work together. Reference the chart below to see the overlaps and what belongs to each category. Having a strong presence on paid, earned, shared, and owned media can establish a brand, its exposure, and its credibility. 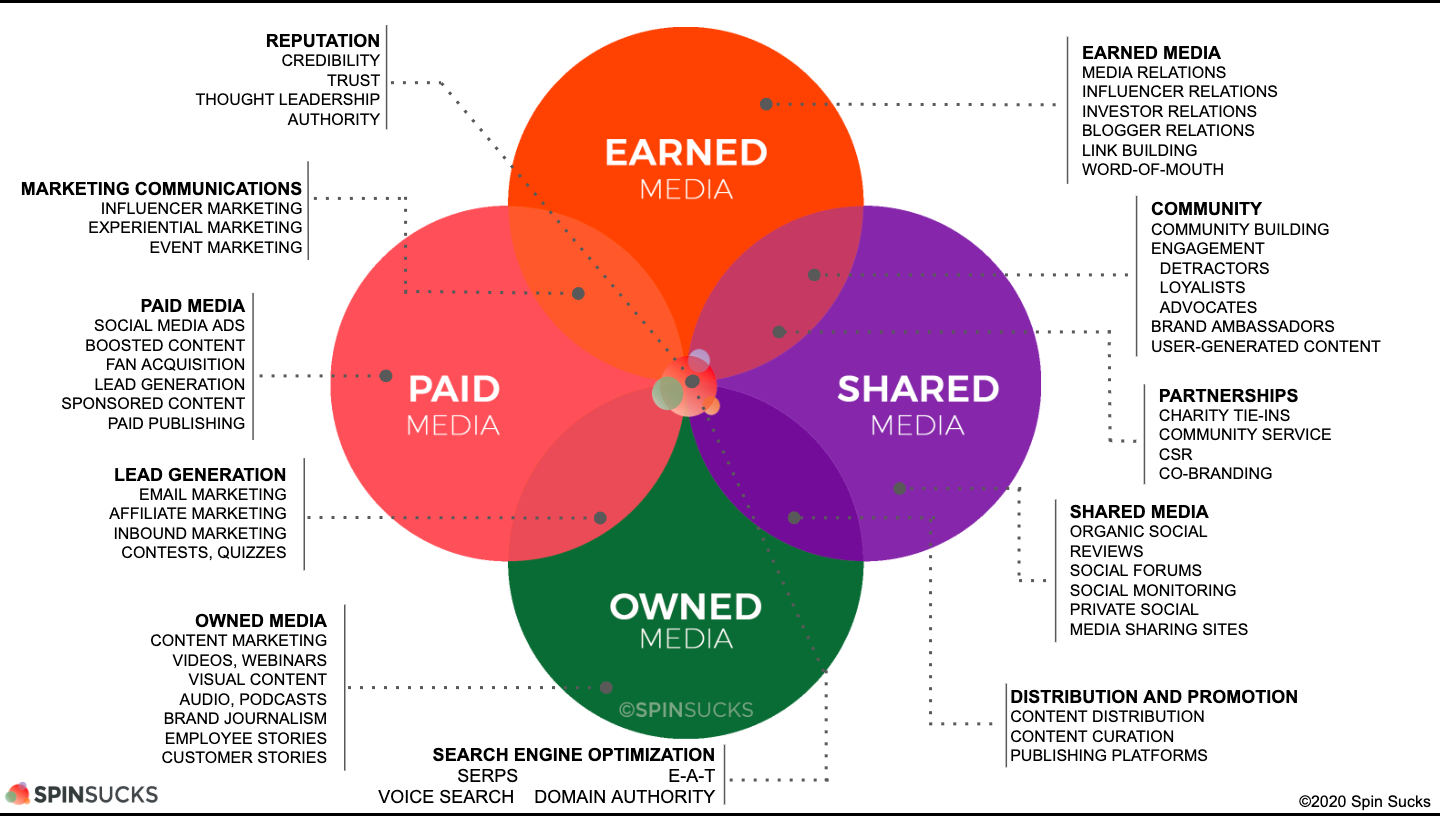 Sign up to recieve tips to directly to your email!